software company based in Pakistan

How is AI Changing the Industry? 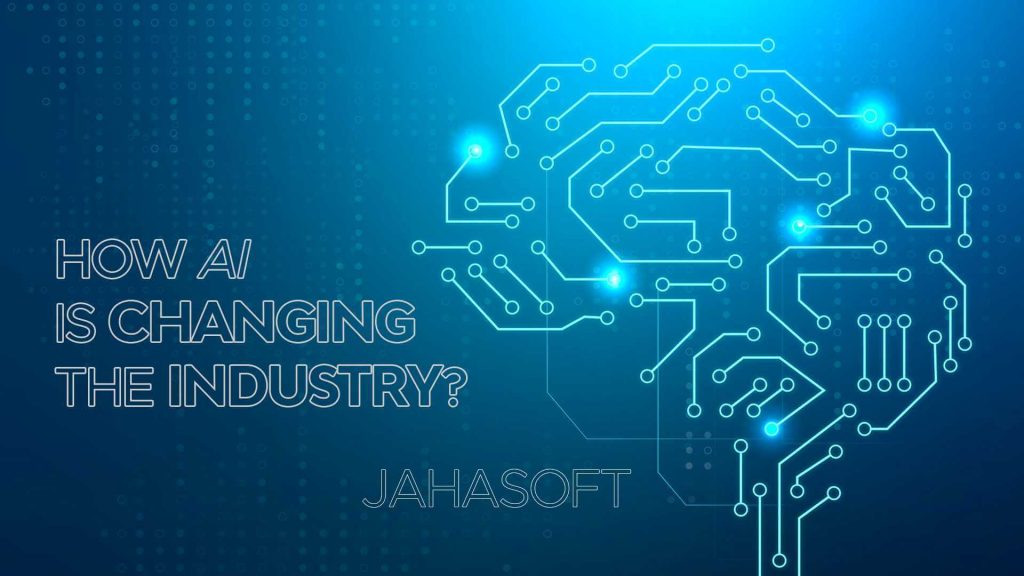 How is AI Changing the Industry?

Artificial Intelligence or AI is the term you would repeatedly hear in daily life. Whether we talk about Automated Homes, Robotics, or the Tesla Cars, AI is slowly making its footsteps to make the human efforts minimal while increasing the productivity and quickness of the work.

AI is now considered the major thing was transforming a lot of the major activities in daily human life. Therefore, its demand is growing every day. That’s why we have come up with this article where you can learn about the possibilities and reasons for how AI is changing or transforming the world. So without any further ado, let’s start talking about it in detail.

Why is Artificial Intelligence Important in the Current Time?

Artificial Intelligence’s importance has increased due to the Computer Learning Foundation, which is the world’s future. With the help of AI, Computers are now capable of observing and reading a tremendous amount of data and then trying to make the relevant decisions. Moreover, the learned Intelligence will let them make better decisions in time.

In other words, AI is based upon the human learning procedures where things are observed and then included in daily life to make decisions. With time and experience, human brains tend to observe the activities and try to make decisions accordingly. Similarly, AI will do that for those who have invested in it.

Since Technology has arrived in the market, AI has started to make an important impact in various industries. If we say that the AI journey has started for the following Sectors, there is nothing wrong with it. So what are those sectors? Let’s start talking about it in detail.

Assembly and stacking are the two major tasks performed by AI-powered robots in the manufacturing industry. AI robots are not doing all of it on their own as it’s used to help out the humans who are already doing it. However, the start of this work has made sure that AI robots are slowly getting a grip on the two major tasks. Therefore, the higher chances are that humans will exclude AI Robots in the future.

The AI-oriented Cars are already launched in the market, where you would see the vehicles are roaming around the roads with the manual and self-driven features. One big example is the Tesla company cars, which got a lot of popularity when the first glimpse of the vehicle showed in the video where the car is driven on the road without the Drivers. Most Tesla car owners have also created videos where they are chilling, and the car steering, accelerator, and brake are handled by AI technology.

Although it has slowly made an impact in the transportation industry; however, there are a lot of the changes required in the vehicles that would make it a better option. So, after one decade, you can say that AI technology will entirely exclude the human drivers.

In the Health Care industry, AI has made major importance to make the process easy and instant. Like there are several AI-oriented tools introduced that can instantly and easily find out the human body’s disease.

Apart from that, the Virtual Nursing assistant has also been introduced in the market that can work upon the big data analysis and monitor the patients. Moreover, many other things are in the pipeline for the health care industry where AI will make a drastic impact.

Customer service will also improve and be more instant for those who are always looking to get the answers to their problems. If we talk about Google, it’s making efforts to the AI assistant technology, which will replace the humans in the future. With AI, people will easily make appointments, perform calls, and search for the locations.

The Google assistant offers the services to humans where they can easily get to various things by just speaking on the google audio option instead of typing the text. This technology is going to help those who are with disabilities or not that educated to type something.

Apart from that, various other sectors will revamp a new model, which will bring a sense of support to the Customer service industry. So, all these things will make a huge difference.

AI has made an outstanding impact in the Education Industry as well. Now, the Textbooks that people used to carry along are digitized with full functionalities of learning, not like the old days, when people had to read everything in the digital books. Now, things are taking the turning points in the learning process of humans, which is amazing.

Apart from that, AI is also getting advanced and robust in finding out the students’ emotions with the Facial analysis. Yes, it can easily judge the students’ feelings by seeing whether they are getting bored or struggling in the class. Based on that, the solution would come out to fulfill their specific needs.

Cyber Security has become one of the major things for different countries as online data breaching is constantly creating issues. Numerous countries had to face their citizen’s data leaked out into the online world due to hackers’ attacks. Moreover, most countries are clueless about restricting or handling the entire situation.

However, AI-based technology is working upon something outstanding that will restrict the attacks from the hackers and keep the data saved by analyzing the computer programs and viruses. So, it will do wonders in the industry for every country shortly.

What will be the Future of Humans after AI takes over the Entire Control?

From Different perspectives, most people assume that AI will be going to take their place and overcome their careers. In some industries, this might be a possibility, but there would be a lot of positive impacts for humans through AI in the future.

Stronger, Smarter, and efficient are the three terms required for many industries to be at the top of the competition. Therefore, Humans will operate the AI-augmented technologies to perform similar tasks efficiently. So, faster and bigger innovations will be possible in the future.

JahaSoft Limited is a registered Software Company based in Quetta that is offering advanced and proven IT-related services to its customers for a long time. We prioritize simple solutions, Proven results, and neat work ethics. All these three ingredients are applied to our list of services.

We always try to offer the type of services where you never need to disappoint and go somewhere else. Not only quality but we also believe to provide market competitive rates for the services.

Our Company is Registered With Followings: